Thank you for the Memories

K&S Wrestlefest has been able to give the fans the chance to meet some of the top stars of wrestling.  Over the years, the entire staff has had the chance to become friends with many of the wrestlers we grow up watching.  Sadly we have lost some of the friends we have made over the years.  In honor of their memory they have given us we want to say thank you. 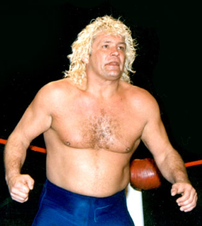 K&S Wrestlefest was the first group to work with Buddy Roberts in the convention circuit. We first were able to have him appear at Greg Price's fanfest show in Maryland in 2006. Since then we have been able to have him an additional 3 times at conventions in PA and NJ.

Member of our team were a bug Freebird fans. Buddy had to be one of the nicest guys that ever worked with us. He loved to get out of the house, and be part of something, even if it was for just the day. He really enjoyed seeing the fans, and the other wrestlers from his past.

His health was bad for years, and even though he beat throat cancer, the effects of the illness took its toll on him. But he always wanted to be talk about wrestling and the fun he had. 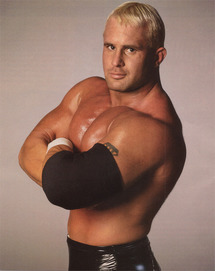 K&S Wrestlefest never had the chance to have “No Gimmicks Needed” Chris Candido on an event, however he was a key player in helping one of the management teams start in the crazy world of wrestling.  In 2000, Chris Candido walked into the Malden High School and a bond of friendship was formed right away.

Candido had a great mind for wrestling, how to put a match together.  How to set up a wrestling show and how to show respect to the legends that came before you and the future of the business are just the start of what he did.  Chris would take the rookie under his wing.

He was a great “sports entertainer”, he loved the SPORT of pro wrestling and loved to entertain the “boy” in the back.  The art of the prank was his plan, Candido loved a good laugh.  Every time we have a convention or signing there will be jokes and laughs because as Candido would always say “the biggest marks (wrestling term for fan) are in the locker room”. 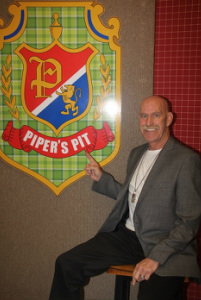 K&S  Wrestlefest is truly morns the passing of long time friend Scott Epstein.  Scott has been part of the K&S family since day one.  He made a promise to work with us and help us and he has always been a there.

Epstein was heavily involved in the bodybuilding world as a promoter of events (at one point, he was Vice President of the World Body Building Guild), as well as a writer about that genre. A meeting with Superstar Graham at a Mr. Olympia contest brought both friendship and a chance for Epstein to cross into the pro wrestling world.

During the 1970s, Epstein would write for a number of pro wrestling magazines, including Main Event and Ring Wrestling. Epstein used his publicity contacts to help a number of wrestlers get TV appearance bookings at the time, including Ken Patera, who he helped get booked on ABC Sports' Strongest Man in the World competition.

Epstein would use his connections in the wrestling and bodybuilding world to bring Graham, Ivan Putski, Bruno Sammartino, Tony Atlas and others in for Bodybuilding Guild events where they would be honored as part of the Guild's Hall of Fame.

Scott had always been a fixture in the NY wrestling scene and with his big smile and bright personality has brought joy into the lives of every that knew him.  He gave many people smiles and sadly we find it hard to smile thinking he is no longer with us.

Thank you Scotty for always being with us and teaching us without hast.  Things will not be the same but we hope we can make you proud as we move forward. 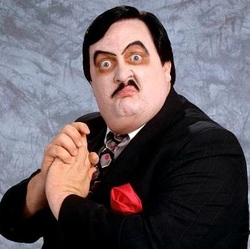 Paul Bearer was the man that helped lead stars like the Undertaker, Kane, Rick Rude, Vader, and Mankind to greatness.  In World Class then known as Percy Pringle he would manage Rick Rude to the top of the company.  When he made it to the grand stage no question did he leave a lasting mark with the Undertaker.  With Paul Baearer, Taker would win the WWE title 2 times, also for many years you could picture the pair of them apart.  When Bearer left his side he raise the bar on stars like Mick Foley, Vader, and Kane.  All that went to top level in the WWE.

Paul Bearer loved coming to the events, meeting fans, telling stories and seeing old friends.  He also was the one to try to make fans and friends laugh and have a good time.  Paul would say that when he posed for photos, fans would always get in to the Undertaker pose.

Every time he was apart of our events he was a wonderful to work with. 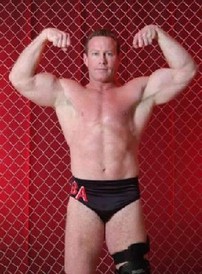 K&S  Wrestlefest has worked with Brad Armstrong a few times and each time was a great.  From a great wrestling he enjoyed seeing is friends and wrestlers he competed with.

Armstrong sent most of his early career working the different NWA areas.  He won a number of champions during his NWA career.  He would compete in All Japan Pro Wrestling, and was a main stay in WCW before it closed.  After the closing of WCW Brad Armstrong became a trainer in WWE on the ECW Brand.

Armstrong wrestled under a mask on a number of times and had many different gimmicks. He was “Badstreet” (originally Fanstasia), Arachniman. “B.A.” of the No Limits Solders, and Buzzkill.

Brad Armstrong was a class act and always a pleasure to work with. 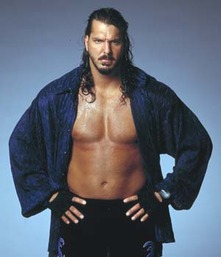 Kanyon was a guy that was wonderful to work with and fun to be around, but at the same time was a trouble soul.  Everyone wanted what was best for him and did all we could in the rough times.

He was set to appear for one of our conventions and would appear for the first time as his WCW character Mortis, but sadly days before the show Chris ended his life.

It was a shocking time and wished this could have been different. 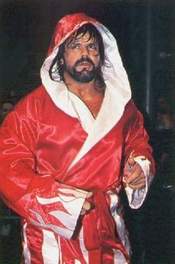 Dr. Death Steve Williams has competed all over the world.  He has been apart of the WWE, ECW, WCW, All Japan, and UWF.  Williams was known as one of the toughest men in the wrestling business.  In 2004, Steve Williams proved how tough he was when he started his battle with cancer.

K&S Wrestlefest had the pleasure to work with Dr Death at a few conventions.  Even through the pain he was always a great guy and had a smile on his face.  Steve Williams enjoyed going out to the conventions to see all his friends and fans at the different conventions.

Sadly shorty after a convention with us he lost his battle with cancer.  It was a shocking time and he was always great to his fans. 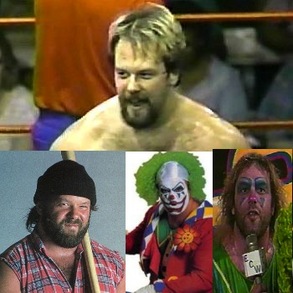 K&S Wrestlefest and our staff is sadden to hear about the passing of long time superstar Matt Borne.

Matt Borne was a tough wrestlers that competed all over the world, and competed with the top federations.  Borne was “hardcore” before hardcore was an overused term in the wrestling business.

After leaving WCW, Borne was signed to a contract with the WWF.  In the WWF he was the evil clown Doink.  This was not the friendly clown people may think of he would give children balloons and then pop them.  Play pranks on the top fan favorites.  He had a long heated feud with Crush that started with Doink arm in a cast tricked Crush and attacked him with the cast that was a fake arm in a cast that was filled with batteries.

Borne would then leave the WWF for ECW.  His first appearance as Doink 911 came out and choke-slammed him.  He would then start painting face his face as Doink and would call him self Borne Again where he would team and feud with Shane Douglas.

Over the years Matt Borne has appeared at many K&S event as either a guest with us or a vendor.  We will miss his fun personality.  Thank you for the memories. 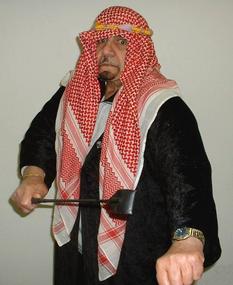 Skandor Akbar started out as a professional wrestler in 1963.  Akbar teamed with Danny Hodge  and eventually turned on him. Akbar joined the WWWF for a brief run in the late 1970s.  Akbar also worked in the Australian World Championship Wrestling territory for a season in the mid 1970s feuding mainly with The Great Mephisto.  Akbar retired from active wrestling in 1977 and became a  manager in the Texas area. He always called his group "Devastation, Inc." He spent most of his time in WCCW and in Mid South. Akbar smoked cigars at ringside, harassed the fans during his protégés' matches, and occasionally threw fireballs at unsuspecting opponents.

K&S WrestleFest was able to work with Akbar three different times.  He enjoyed getting out and seeing his friends.  He enjoyed seating with people and talk about his glory days of working with the Undertaker, the Von Erich, and “The Black Demon” Tony Nero.

He had the chance to meet the nephew of Nero at his last appearance and was moved that he was able to tell the story of how Nero became the “Prince” Tony Nero. 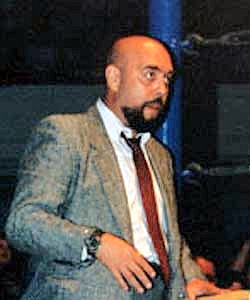 Gary Hart became the booker for World Class Championship Wrestling (WCCW) in 1979, a position he held on and off until 1987. Hart is largely credited with the success of WCCW, as 1982-1985 are largely considered to be the "Golden Years" of the promotion. Hart created the classic feud between the Von Erichs and the Fabulous Freebirds, as well as introducing memorable characters like the Great Kabuki, the Great Muta, King Kong Bundy, the One Man Gang and the Samoan Swat Team. Hart additionally managed talent such as the lates "Gorgeous" Gino Hernandez and "Gentleman" Chris Adams. Along with booking, he also managed Nord the Barbarian, Abdullah The Butcher, Al Perez and Jeep Swenson under the stable "New Age Management", and always feuded with the top faces of the promotion. In 1984, Hart managed Gentleman Chris Adams, who turned heel and engaged in a major feud with Kevin and Kerry Von Erich. As a result, Adams was propelled to the top of the wrestling world and eventually won the NWA American title in 1985. Gary was part of a stipulation match between One Man Gang vs Kerry Von Erich in which if Kerry won Gary would have his head shaved, but if One Man Gang won Fritz would have to wrestle Gang. One Man Gang lost and Gary got shaved bald.